IoT, IIoT, and Industry 4.0—Our Common Future or Summoning the Demons?

What’s your initial reaction when you hear the Internet of Things (IoT), Industrial Internet of Things (IIoT) or Industrie/Industry 4.0? Are you excited because it represents an unparalleled opportunity to make things better? Or are you defensive because you fear that robots are taking over the world and will significantly degrade humanity? Well, I don’t have the answer to that one, but you’ve got to admit it’s a pretty good question!

So why continue to read? Hopefully, something will spark a thought or two about the right middle ground between these two extremes for you and encourage you to consciously think about the range of issues related to this coming evolution.

Where to start is hard so, as the King in Alice in Wonderland said, let’s “begin at the beginning.” Being a simple engineer, I have a simplistic understanding of the IoT. Sensor technology is exploding and this is especially true for sensors that can directly connect to the Internet. Availability and assortment are increasing while cost is decreasing. You know the rest of this story. The number of devices of all kinds that are connected to, and communicating through, the Internet in real time is exploding as well. Anyone who was at ProMat 2017 had to be impressed with how common this feature was on all types of new equipment.

So, we have an ever-increasing number of devices that can communicate with each other as well as with the cloud. Think about that. Information about everything from the temperature, vibration, location and nearly anything else that can be measured by a sensor is available in real time for a LOT of devices. How many? A Gartner press release in November 2016 indicated that 6.4 billion devices connected to the Internet were used in 2016—a 30 percent increase over 2015. (1) A report by Statistica placed the number at 22.9 billion for 2016.(2) That’s a LOT.

Carrying this a bit further, the amount of data being generated is unimaginable, at least to me. It really doesn’t matter if the above numbers are totally accurate, a few billion sensors generating a few (or few hundred) data points a second is a LOT of data—to me, an unimaginable amount! The power of this, however, lies in leveraging this centralized data for a variety of purposes that includes everything from controlling systems in our house to routing vehicles on a worldwide transportation network to anticipating customer demand. 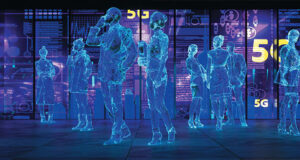