In 2024, the Storage Manufacturers Association (SMA) will celebrate 50 years of representing the leading suppliers of industrial storage equipment. For the SMA, a trade group within MHI whose members supply everything from steel shelving and industrial work platforms to modular drawer equipment and movable base storage equipment, safety has taken on growing importance in recent years. Chris Pahls, NexCaliber Structures product manager with MHI member Steel King Industries and chair of the SMA, said the safety gains made in the field are obvious.

“In recent years, there’s been an uptick at most companies with better safety awareness,” Pahls said. “I can see now today with some of our clients where they’re more in tune with what they need from a guarding or protective standpoint on platforms.”

For instance, Pahls noted that the use of protective guarding in warehouses to protect platform columns from forklifts and automated guided vehicles has become more robust. Similarly, there has been an increased attention to detail in the use of platform gates.

“In years past, just about any type of gate would be OK on a platform, like a swing gate or a slide gate, which doesn’t really provide a safe measure of safety from a fall protection standpoint— unless someone’s tied off—because once that gate’s opened, you can fall off,” Pahls said. “There are gates today, such as pivot gates and roll back gates, that have been designed where they’re always closed. That’s a big improvement.”

SMA continues to play an integral role in improving safety conditions. As part of the group’s efforts, 2023 will bring SMA’s participation in an OSHA Warehouse Alliance partnership. This Alliance will allow SMA to further promote industry education through sharing of best practices, which Anna Harreveld, SMA managing executive with MHI, said will be a valuable information sharing and dissemination opportunity for the SMA group, manufacturers, end users and industry partners.

“OSHA has been largely known as an enforcement agency, but they are also seeking to broaden their identity to be an informational presence within the industry as well,” Harreveld said. “This alliance is a chance for SMA and OSHA to collaborate in an exchange of information and best practices as well as in promoting each other’s content and events. This is a partnership where we will really work together to bring the industry forward.”

Partnering with OSHA can bring clarity in a number of specific areas. Harreveld said key topics SMA would collaborate with OSHA to address and promote include inspection and maintenance, safeguarding devices, fall prevention (including protection from falling objects), and hazard communication and identification.

Pahls said the topic of platform egress is a fitting example of how a partnership with OSHA can bring fresh insight and clarity to a crucial issue in the storage area.

“When we’re designing platforms with our clients, egress on and off the platforms is always a subject that comes up, particularly making sure that they’re falling within the requirements of code and doing it in a safe manner,” Pahls said. “Along with just providing platforms, these manufacturers design and also build those mechanisms for egress, such as stairs and ladders, crossovers, catwalks, all those things that you would see inside of a fulfillment center or warehouse. OSHA code can be challenging to interpret at times, so having an alliance with OSHA is a huge benefit, not just for the SMA, but ultimately for all of our customers because it helps us interpret OSHA code when the time comes.”

Internally, the SMA has worked to develop storage standards that have been introduced for adoption into the International Building Code. Keith Shipman, national sales manager for MHI member Cornerstone Specialty Wood Products and vice chair of the SMA, said the standards resulted from the knowledge and efforts of a dedicated, experienced group of experts. 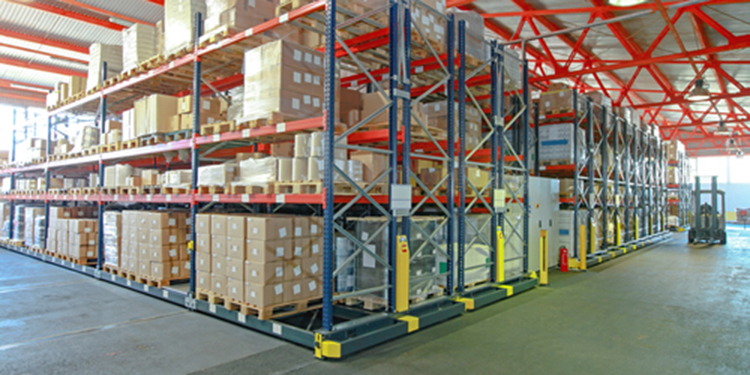